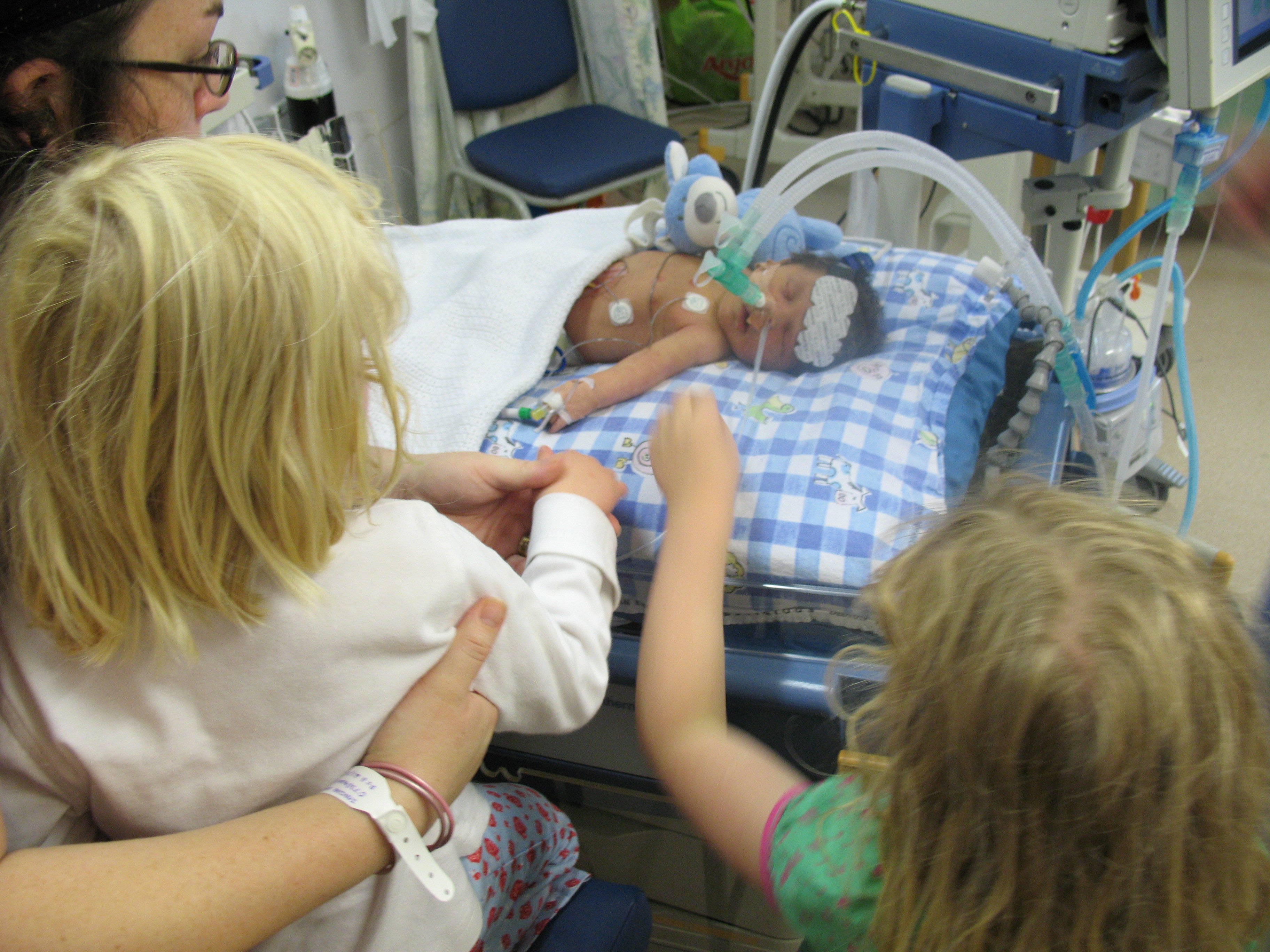 My 20-week scan during my third pregnancy did not go to plan – a potential defect with my baby’s oesophagus was highlighted and I was referred to the Fetal Medicine Unit at the RVI for a more detailed scan. They too thought there was an issue with my baby’s oesophagus but they also thought there was a problem with his heart – both would need monitoring and so my rollercoaster journey of hospital appointments and huge emotion began.

Every couple of weeks I was scanned, my baby’s heart was thoroughly checked but there was no agreement on what the defect was. After one scan, it was even thought that there was no heart defect. But the next scan confirmed that something wasn’t right. The majority agreement among the brilliant team of consultants was that my baby had hypoplastic left heart syndrome – the left side of his heart was not developing properly. This is a life threatening defect.

I was offered a termination but this wasn’t the right decision for us, we wanted to give our baby as much hope as you could.

For all that my pregnancy was emotional, I am forever grateful that the defects were picked up so early, so we could adjust to his need for heart surgery and so we could prepare, in some simple way, ourselves and our children for having a very poorly baby.
I now remember my pregnancy with so much fondness because I was able to truly bond with him – I loved every kick and squirm, I read to my bump and I made the effort to spend time with my bump because I knew what lay ahead would be difficult. I’m not sure how much of my pregnancy I would have taken for granted had I thought this was a normal pregnancy – I made every day count.

Seeing the heart unit at the Freeman Hospital in Newcastle was a slap of reality – it really was very unlikely that my baby was going to be born ok and without the need for surgery.

Birth was straightforward and undramatic – I gave birth standing up, leaning against the bed, with a clip on my baby’s head to monitor his heart rate. And then he was whisked away to be assessed and scanned. Defects of his oesophagus and his heart were confirmed and his first surgery was planned for 6 hours later.

With a feeding tube in place, we were transferred to the Freeman Hospital the next day where our son was scanned again. This time there was good news – he did not have a hypoplastic left heart – he had a small hole and a narrow aorta. It was still urgent – surgery was needed to save his life.

Surgery was scheduled when he was three days old. His surgeon was confident it would be ok and the surgery was only meant to take a few hours. But a few hours turned into 12 – it had become a bigger surgery than initially thought. My baby’s tissue was difficult to stitch and, in the end, they couldn’t stop the bleeding.

The end had come, there was no longer any hope, everything that could be done had been done. I can’t thank the children’s heart team at the Freeman enough for their care of our baby and of us. They cared and they tried and that is all we could have asked for.

As parents, it was the worst time for us. To feel so helpless and alone was traumatic and the most intense thing I have ever experienced. I would never want to be there again.

I have written a lot of my journey of grief and I will always add more because grief changes but it is always ongoing. Jamie died eleven and a half years ago but I had a good cry about him last week because he is missed and their will always be a gap in our family where he should be.

North East Birth & Baby – where you can read and talk about pregnancy, birth, babies and early parenting

Find out more about Janine and North East Birth & Baby

Sign up for my free newsletter, with tips and posts for parents

You can use these practical and informative toolkits: